In dance scholarship we seem to use the verb to embody rather loosely and confusingly. Of the various definitions in the OED—and putting aside some of the military-oriented etymologies as in “the number of embodied troops” from 1803—the closest to our common use seems to be “to put into a body” or “invest or clothe (a spirit) with a body”.1 A soul or spirit is embodied when it has a body or is “invested with a body”2 Perhaps this suggests a process of holding or containing in the body something that is not normally thought of as being of the body. And so when we (dance scholars) use the phrase “embodied knowledge” perhaps we are simply drawing attention to a form of understanding that is distinct from common understandings of knowledge, and that is held in the body. The same with embodied intelligence, and even embodied awareness.

But what about embodied actions or embodied movements or even embodied dance? These are all terms common in dance practice and scholarship. Actions, movements and dance are concepts that are already primarily corporeal, at least in their common usage. It’s as if in these examples the word embodied acts as an adjectival modifier to help make the nouns more specific, not unlike fast or hot or sexy. As in fast actions, hot movements and sexy dance. But with embodied as a modifier of human action this does not seem quite right. I suspect that when we describe an action as embodied we are ascribing some quality of attention or awareness to that action. That such embodied actions are not trivially placed on the outside of the body, but rather invested deeply within the body. The question of how it is that we might recognise embodied actions over what I’ll call disembodied actions is an entirely different problem. 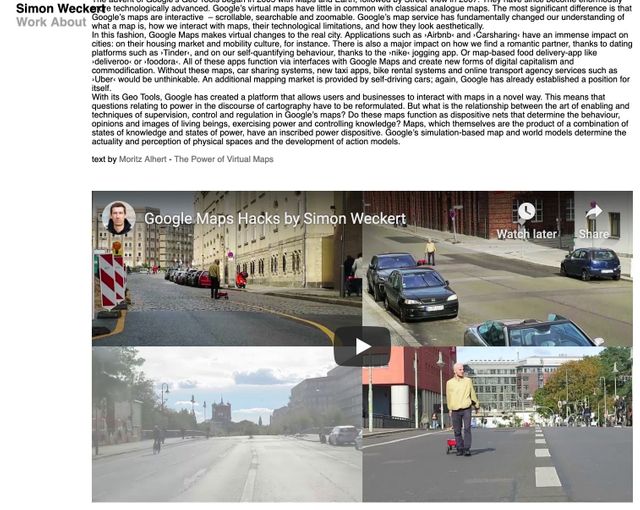 the invention of clothing
Latest posts the land in you Attention Adam Phillips on attention Lithium Dancing (in plain sight) urgent time when we party we dance Children of the Soil an image is a call lost types of participation Go in and in Agatha Yu GIFs one of a crowd Force Majeure quality and quantity accents and bravery Force Majeure suzannah Dancing their unhappy freedoms uniqueness and sonder the body in time would have been frame.2 - connecting, moving & making online the arrow emerging experience Editorial: Shifting Dependence gabrielle stand by me cookie monster now: 4 October 2021 Cellule d’Essai 2021: A biography of sorts