excitement of the new

In March 2012 I presented my adaptation of Deborah Hay’s I Think Not at Napier St in Melbourne. It was an invited audience, for the most part limited to people who had contributed £20 to my involvement in Deborah’s Solo Performance Commissioning Project. Seating was also limited because the work is performed in the round.

One of the people who supported and then watched I Think Not that night was Jeremy Crow. He works a lot online — thinking about how ideas are presented and communicated.

Jeremy wrote a response to his experience of I Think Not: jhcrow.com/2012/04/communication-and-the-excitement-of-the-new/

I like his generosity and curiosity, but also the simplicity of the statement, “I don’t think there’s many times we’re really ever privileged to see something truly new these days”. Of course one person’s new is another’s derivative, but Jeremy’s words did remind me just how narrow we tend to focus our gaze. We seek out familiarity; novelty is difficult.

One of the deep challenges of being an ageing dancer (aren’t we all?) is of remaining open to the possibility of novelty, and in particular outside of my usual fields of interest.

Up next bubble Sarah Crompton has written an opinion piece in The Telegraph about The Place Prize. She suggests that dance can’t “gain a foothold in the wider 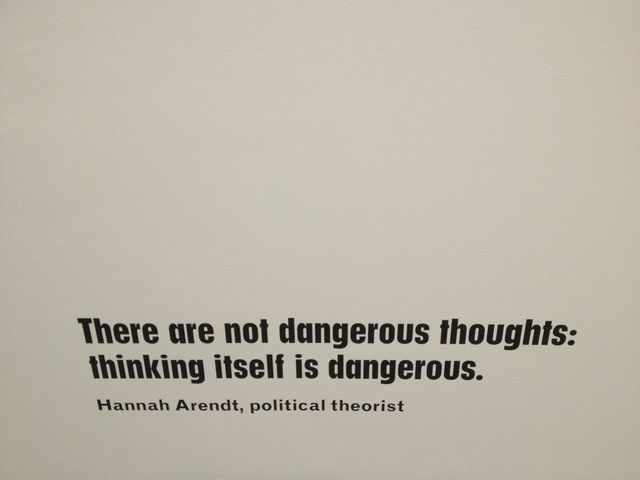 thinking is dangerous
Latest posts a nest for hope Colin, Simon and I archive power of a lifetime now: 4 January 2023 brittle with relics the land in you Attention Adam Phillips on attention Lithium Dancing (in plain sight) urgent time when we party we dance Children of the Soil an image is a call lost types of participation Go in and in Agatha Yu GIFs one of a crowd Force Majeure quality and quantity accents and bravery Force Majeure suzannah Dancing their unhappy freedoms uniqueness and sonder the body in time would have been frame.2 - connecting, moving & making online the arrow emerging experience Editorial: Shifting Dependence