where the heart beats

This is a blog post for the Melbourne-based architectural photographer John Gollings.

I recently finished Kay Larson’s book called Where the Heart Beats: John Cage, Zen Buddhism, and the Inner Life of Artists.1 It’s a clear and remarkable history of Cage’s ideas, practices and influence. I’ve been inspired, challenged and in many respects overwhelmed by the intelligence and work of Cage. He is someone I knew more about because of his relationship with Merce Cunningham’s work (talk about the cart before the horse).

Below are a section of quotes from the book, nearly all of which are in Cage’s own words:

Here was the twenty-three-year-old John, declaring effusive love for Pauline, while living openly with Don, while pursuing Pat, as he prepared to marry Xenia in two weeks. Where was his mind?

What can be analyzed in my work, or criticised, are the questions that I ask.

My composition arises out of asking questions. I am reminded of a story early on about a class with Schoenberg. He had us go to the blackboard to solve a particular problem in counterpoint (though it was a class in harmony). He said, ‘When you have a solution, turn around and let me see it.’ I did that. He then said, ‘Now another solution, please.’ I gave another and another until finally, having made seven or eight, I reflected a moment and then said with some certainty: ‘There aren’t any more solutions.’ He said: ‘OK. What is the principle underlying all of the solutions?’ I couldn’t answer his question; but I had always worshipped the man, and at that point I did even more. He ascended, so to speak. I spent the rest of my life, until recently, hearing him ask that question over and over. And then it occurred to me through the direction that my work has taken, which is renunciation of choices and the substitution of asking questions, that the principle underlying all of the solutions that I had given him was the question that he had asked, because they certainly didn’t come from any other point. He would have accepted that answer, I think. The answers have the question in common. There the question underlies the answers.

I remember in particular a walk with Mark Tobey from the area of Seattle around the [Cornish] School downhill and through the town toward a Japanese restaurant–a walk that would not normally take more than 45 minutes, but on this occasion it must have taken several hours, because he was constantly stopping and pointing out things to see, opening my eyes in other words. Which, if I understand it at all, has been a function of twentieth-century art–to open our eyes. … Just see in what there was to see.

When I first placed objects between piano strings, it was with the desire to possess sounds (to be able to repeat them). But, as the music left my home and went from piano to piano and from pianist to pianist, it becomes clear that not only are two pianists essentially different from one another, but two pianos are not the same either. Instead of the possibility of repetition, we are faced in life with the unique qualities and characteristics of each occasion.

Chance is a leap, out of reach of one’s grasp of oneself.

Thoreau got up each morning and walked to the woods as though he had never been where he was going to, so that whatever was there came to him like liquid into an empty glass. Many people taking such a walk would have their heads so full of other ideas that it would be a long time before they were capable of hearing or seeing. Most people are blinded by themselves.

Why do you waste your time and mine by trying to get value judgements? Don’t you see that when you get a value judgement, that’s all you have? They are destructive to our proper business, which is curiosity and awareness.

If you type ‘indeterminacy’ into Google’s search engine, you get four categories of response. The first references are to John Cage. The second group cites quantum physics. The third category points to literature; the fourth, philosophy.

What do they have in common? All four systems call into question the all-too-human proposition that we can ultimately know what we’re talking about.

It happens that a lot of people have come to study with me. But for each one I have tried to discover who he was and what he could do. As a result, most often, I am the one who is the student …

We often think in the West that we can ask someone who knows and he would give us the answer. But in Zen, if you ask the teacher the question and he gives you the answer, and if he asks you the same question and you give him back the answer, you get hit over the head. So it seemed to me it was improper to ask Duchamp questions.

Our intention is to affirm this life, not to bring order out of chaos nor to suggest improvements in creation, but simply to wake up to the very life we’re living, which is so excellent once one gets one’s mind and one’s desires out of its way and lets it act of its own accord. 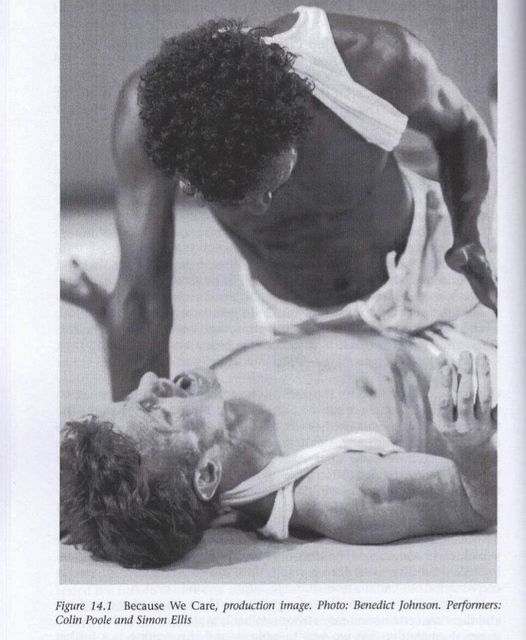 Collaboration, Violence and Difference
Latest posts the land in you Attention Adam Phillips on attention Lithium Dancing (in plain sight) urgent time when we party we dance Children of the Soil an image is a call lost types of participation Go in and in Agatha Yu GIFs one of a crowd Force Majeure quality and quantity accents and bravery Force Majeure suzannah Dancing their unhappy freedoms uniqueness and sonder the body in time would have been frame.2 - connecting, moving & making online the arrow emerging experience Editorial: Shifting Dependence gabrielle stand by me cookie monster now: 4 October 2021 Cellule d’Essai 2021: A biography of sorts